In any sport, players rely blindly on their equipment. To meet the demands of the players and help them proliferate in their core competencies, the equipment manufacturing companies experiment, research and test their products to ensure they are flawless for their customers. One such company in the baseball world is DeMarini. 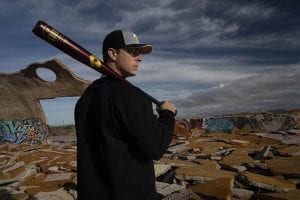 DeMarini is one of the few equipment manufacturing companies, who have been known to offer unparalleled quality consistently and is widely preferred by the players. The company is revered in the world of baseball for its bats that come packed with performance-enhancing innovative features and impeccable durability.

DeMarini was started in the year 1989 by Ray DeMarini with is headquarters in Hillsboro, Oregon, United States.

The story of DeMarini’s start can be linked to the booming career of the company’s founder, Ray DeMarini, who was an avid softball player in his prime. His distinctive playing style caught the attention of the ESPN network.

Ray DeMarini and ESPN collaborated to create an instructional video titled ‘Ray DeMarini REFLEX HITTING SYSTEM.’ The video proved to be a turning point in DeMarini’s life, and he started creating high-performance bats for the masses and his fellow players. This marked the start of DeMarini Sports.

Watch the video that started it all here:

A company that started in a barn and sold bats out of car trunks; quickly became a highly coveted brand that players wanted to get their hands on.

In the year 1993, DeMarini created history with the first double-wall bat. The newly founded technology went on to shatter records and enabled players to pocket stunning home runs.

DeMarini etched its name among the premium bat manufacturing companies in the year 1996, with its ‘Ultimate Distance’ bat. The bat was regarded as the greatest bat ever created with players hoarding the bat fearing scarcity.

By the year 1998, DeMarini amassed nationwide recognition and the company was mentioned in the major newspapers and magazines which included the People, Men’s Fitness, and even Playboy. The company even turned down deals from the likes of Nike, as it didn’t want its bats to go overseas.

The company joined forces with Wilson in the year 2020 and extended its product line-up to slowball, fastpitch, and baseball products while still being headquartered in Hillsboro.

The First Ever Two-Piece Bat

DeMarini created a buzz in the bats manufacturing industry with its latest offering the first-ever ‘Two-pieced bat.’ A bat that comprised a carbon composite handle and a double wall Alloy barrel. This unique construction offered the players amazing control of the bat’s weight.

Following the massive success that the company earned from its uniquely designed bats, it went on to create more such significant bats that were preferred and used by players all over. Shortly after the Two-pieced bat, DeMarini released Vexxum a.k.a. the bat that bends in the year 2004.

It has been a great run for the company from then on, as many products of the company gained massive success for the brand. Owing to the high-performance and impeccable durability, DeMarini has been termed as the ‘Mercedes of baseball bats.’

Over the years, DeMarini has created many bats that cover different product categories and have qualities that make them unique. We compiled a list of bats from DeMarini that can be a great addition to your kit.

To see DeMarini’s 2020 USSSA lineup, you can watch this video here:

When it comes to rating the best DeMarini bats for baseball, there is hardly any option that can surpass the performance offered by the Voodoo. The bat has different variants that come with performance-enhancing features.

The bat has been designed to offer maximum comfort to the players with its unique construction. Its barrel is made from X14 alloy barrel construction which makes the bat incredibly lightweight and offers maximum swing speed during the matches. The unconventionally built barrel delivers great comfort too.

In addition, the durability of the barrel has been increased by using advanced technology for barrel construction.

Staying true to its name, Voodoo works really like magic on the field. This quality can be attributed to the 3-Fusion system incorporated in the bat. It helps in making the bat stable and provides a great balance.

This system gives you the benefit of enhanced weight control and lowers the vibration during the game. It redirects the energy back into the barrel to make your shots even more powerful.

To ensure equal distribution of weight during swings, the Voodoo has been designed with the advanced Paraflex+ composite handle. It makes all of your swings comfortable and fast. Moreover, the bat features the XLite Knob, which reduces the weight of the bat by 25% giving it the ideal weight and design.

DeMarini is known for making bats that can suit the requirements of every player and so the company has come up with a BBCOR bat that caters to the needs of power hitters. The Goods- a bat comes with terrific performance boosters.

The Goods has a strong single-piece aluminum body that focuses on providing stiffer feel while reducing the vibration sting that can be felt in other bats while hitting a powerful shot. The bat is constructed with the Half+Half technology which has been included in many other bats of the company.

It has the X14 alloy barrel which can be seen in the Voodoo series. This barrel is designed to take on innumerable pitches and deliver powerful hits that can send the ball across the field effortlessly. Since it is a single body bat, the company has added its Direct Connection feature, which transfers the energy to the barrel ensuring the best use of your power.

The company has added a seismic cap for maximum power generation and energy transfer. This cap is built from the strongest material in the entire DeMarini lineup and works extremely with the 2 5/8 Inches alloy barrel of the bat.

Not only this, The Goods also comes with great design and color scheme that can boost the batter’s confidence before the game.

The DeMarini CF Zen is regarded as one of the best and most durable bats ever created by the company. It consists of features that make it a perfect match for the elite players but can be used by beginners too.

Defining unpredictability with exemplary performance, the DeMarini CF Zen is a great fastpitch softball bat in the 11-ounce length to weight ratio. It is designed to offer speed that may seem impossible. All the Zen CF bats have been devised to provide a great swing to the players. This is due to the responsive barrel that has been intelligently constructed by the company.

Every bat at DeMarini is created using innovative ways to make their bats better for the players, this has resulted in the introduction of the exclusive Paraflex Composite barrel that adds ultimate power, performance, and durability.

Paraflex composite has an advanced version named ‘Paraflex Plus Composite’ that adds a dual advantage to the bat which includes a massive sweet spot and excellent control on the swing when you are in the hitting zone. The extended sweet spot is also a great feature that amateur players can benefit from.

The company has incorporated its signature 3Fusion Connection to the bat for ultimate balance and swing speed. It also plays a major role in reducing the sting vibration generated from the hits. To make the swing faster the company has used the ReAction End Cap.

A true masterpiece from DeMarini’s lineup, a bat that is built to offer exceptional performance along with game-changing abilities. The DeMarini One OG takes comfort, durability, and quality to the next level. Here are some of the benefits that you can get from the bat.

The biggest part of the bat i.e. the barrel has been constructed using the multi-wall technology which offers great pop and lets you generate an insane amount of power. It has been created using composite materials, which makes it more durable.

It has been designed to make swings comfortable and efficient, to which, the bat comes with the ZnX Aluminum Alloy handle. The combination of the barrel and the handle enables the bat to offer maximum stiffness to reduce the flex upon impact enabling you to hit the ball with lots of power.

Another great benefit of the alloy handle is, it can endure the most powerful pitches and yet offer great comfort. Most of the players use this bat to drive the ball into the gap, where opponent team players have left a spot open.

You find this bat very easy to control as it is amazingly well-balanced. The swings are effortless and the vibration on the hand is low too. It has the Dish Endcap that redirects energy to the sweet spot every time allowing you to hit the ball to the farthest corner of the field.

The DeMarini One OG is constructed in a way that it complies with the rules of the different leagues and can be used for leagues like ASA, ISA, USSSA, and NSA.

A bat that offers superior quality and stunning features at an incredibly low-price, the DeMarini Uprising is one of the few bats from the company that is regarded as the complete package and players love using it for practice and matches.

The Uprising is available in three forms USA bat, USSSA bat, and DeMarini Uprising Fastpitch Softball Bat. All of the three variants are designed to offer exceptionally balanced performance and great durability. Its amazing balance can be attributed to the Low Pro end cap.

Every variant of the DeMarini Uprising has been designed with the best quality alloy created by the company and offers easy swing and balance. The unconventional design of the core makes it highly durable and enables it to offer unmatched performance.

To offer the highest degree of comfort that you can find on budget bats, the company has incorporated a Hybrid grip on the bat’s handle. It is an innovative two-piece grip combined to offer more tack and excellent grip.

DeMarini Uprising comes in different sizes and dimension and it can be used by the players of any age. Moreover, the barrel of the bat measures 2 ¼ inches and 2 ¾ inches, which is considered as the standard barrel measurements, this makes the bat usable right away no break-in required.

DeMarini is an exceptional company, that dominates the market easily owing to its superior quality products that cater to the needs and requirements of different players. The company does not compromise on any aspects of quality irrespective of the product’s price. Therefore, choosing a DeMarini bat should not be a problem.

I hope the above information helps you choose the best bat for your batting needs. If you have any queries or suggestions, you can write them in the comments. 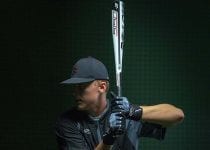 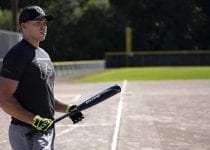