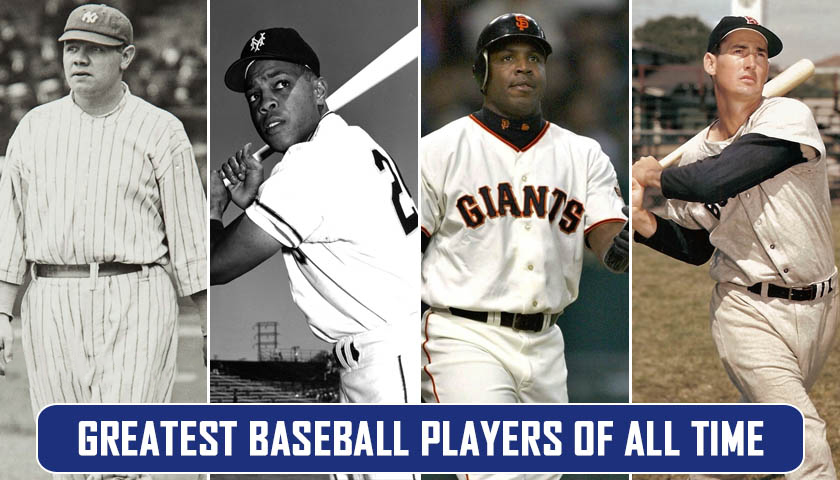 For years, MLB presented the fans with many talents who etched their names as the greatest baseball players of all time. They have become legends incomparable to any others in their generations. In general, many sports experts and critiques debates when it comes to deciding the best in the game. However, as far as performance is concerned, many players have left their name as legends. Perhaps someday the future generation will overtake their predecessors and become royalty among the greats themselves; however, for now, these legends are considered as the greatest baseball players of all time.

Top 6 Greatest Baseball Players of All Time in the world 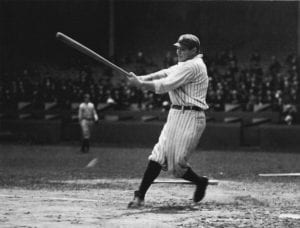 The game of baseball is synonymous with the name Babe Ruth, who is widely regarded as the greatest baseball player ever to play the game. Due to his slugging and charisma, the fans nicknamed him “The Sultan of Swat” and “The Bambino.” Babe started as an outfielder and pitcher in 1914 for the Boston Red Sox and later joined the New York Yankees in 1920 where he played for 15 seasons. With this team, Babe left a large amount of record that includes his 714 career home runs, .690 slugging percentage, 2,213 RBI, and 1.164 on-plus base slugging.

Babe was one of the first five to be inducted in the National Baseball Hall of Fame in 1936. The New York Yankees retired his jersey no. 3 in order to honor him. It can be said baseball reached where it is thanks to the Swat of Sultan, Babe Ruth.

Babe Ruth achievements at a glance 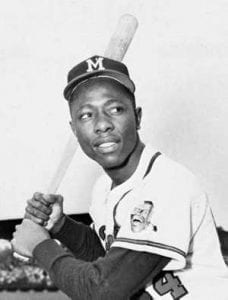 The only player to score 30+ home runs in a season for more than 15 times is the former MLB player Hank Aaron. For most of his career, he played for Atlanta Braves in the MLB from 1954 to 1974 as a right fielder and played for Milwaukee Brewers in the American League from 1975 to 1976. His most success comes with Atlanta Braves where he became the World Series champion and National Most Valuable Player in 1957. He also won the golden glove award three times consecutively.

Hank participated in 25 All-star games. To honor him, MLB introduced the Hank Aaron award from 1999 for the top offensive players from each league. Atlanta Braves and Milwaukee Brewers retired his jersey no. 44 to honor him as well. Hank was inducted in the National Baseball Hall of Fame in 1982.

Hank Aaron achievements at a glance 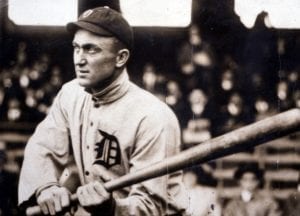 Ty Cobb was a man known as the bad guy who was a racist and sharpened his spikes to hurt his opponents in the plate. But his achievements at baseball can not be disregarded so much that the list of the greatest baseball player cannot be complete without this man. Ty Cobb played most of his career spanning 22 years for Detroit Tigers and last season before retirement for Philadelphia Athletics. He played as an outfielder, but it was his performance with the bat that was outstanding. He is the youngest player to make 2000 runs and 4000 hits, and he also holds the record for the highest career batting average of .367. Cobb also won the highest career batting titles with 12 wins.

Ty Cobb also nicknamed as The Georgia Peach became the AL home run champion in 1909 and he became the AL RBI champion four times. He also became the AL batting champion 12 times and was awarded the AL MVP in 2011. In 1966, Ty Cobb was inducted in the National Baseball Hall of Fame.

Ty Cobb achievements at a glance 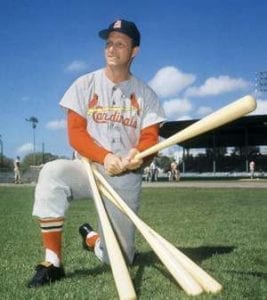 Stanley Frank Musial or mostly known as Stan Musial is a former MLB player who played his entire 22-year career as an outfielder and first baseman for the St.Louis Cardinals from 1941 to 1963. This man nicknamed Stan the Man passed away on January 19, 2013, at the age of 92. He is widely regarded as the greatest hitter in baseball history with 475 home runs, and 3,630 hits with an excellent batting average of .331. Excluding baseball, Stan was also a veteran navy in World War II.

Among numerous records and achievement, Stan won the World Series championship three times and was also named NL Most Valuable Player thrice. He also became NL batting champion seven times, and NL RBI champion twice. Stan was included in the all-star team an astonishing 24 times. In his honor, St. Louis Cardinals retired his 6. Jersey. In 1969, Stan Musial was inducted in the National Baseball Hall of fame.

Stan Musial achievements at a glance 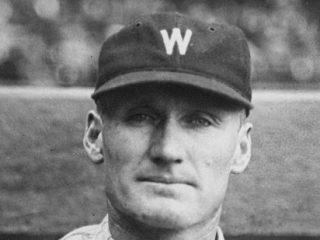 Walter Johnson is a former MLB pitcher well known for a magnificent pitcher who held the record for most strikeouts more than 50 years, and he is also one of the only few with 3000+ strikeouts. He had a record of 3508 strikeouts which lasted for more than 50 years. He is also an all-time top position holder for his 110 shutouts, all-time second position for most wins of 417, and in the fourth position for 531 complete games. Johnson led the league in strikeouts for a record eight consecutive seasons. Walter was also chosen as a member for both Major League Baseball All-Century Team and Major League Baseball All-Time Team. He died on December 10, 1946, when he was 59. Johnson was inducted in the Baseball Hall of fame in 1936.

Walter Johnson achievements at a glance 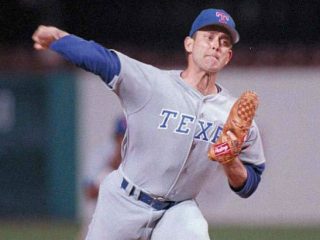 Former Major League Baseball pitcher Nolan Ryan is currently the advisor to the owner of Houston Astros. However, what this person is known as one of the best pitchers in the game has ever seen for his above 100 miles per hour pitch speed on average. He is a right-handed pitcher who played for the New York Mets, California Angels, Houston Astros, and the Texas Rangers during when he was active as a player. He broke several records while he was a player such as the 7th no-hitter and that was when he was at the end of his career with the Texas Rangers. Houston Astros and Texas Rangers retired his jersey of 34 to honor him. Nolan Ryan was inducted in the baseball hall of fame in 1999.

Nolan Ryan achievements at a glance

Honesty, it’s difficult to exclude the likes of Jimmie Fox, Barry Bonds, Willie Mays, and many others; however, we couldn’t include every player deserving to be on this list. Even so, the ones in this list are players who are truly the greatest baseball players of all time.

You can check also : History of Baseball Game